TEHRAN (defapress) – The Russian Foreign Ministry said on Thursday that Israeli annexation of parts of the West Bank may lead to an escalation of violence in the region.
News ID: 81183 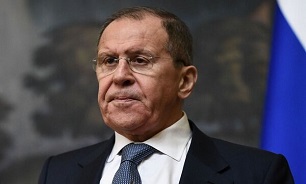 "Such expansionist moves by Israel may provoke a dangerous wave of violence across the Palestinian territories and de-stabilize the Middle East as a whole," the ministry's press office said in a statement, according to Jerusalem Post.

"The Russian side has warned its Israel regime about carrying out unilateral plans that do not adhere to the international framework of Middle-Eastern de-escalation."

According to the ministry, Israeli regime annexation of the Jordan Valley and other areas in the West Bank will "undermine the territorial integrity of the West Bank, which is crucial for the sustainability of a future Palestinian state based on the [pre-]1967 borders."

The ministry added it "reiterates Russia's principal position of supporting a comprehensive and sustainable resolution of the Israeli-Palestinian conflict through a two-state solution within the given international legal conditions."

The Russian Foreign Ministry said the Federation "maintains contact with UN, EU, and US representatives in order to hold a meeting [on the subject].