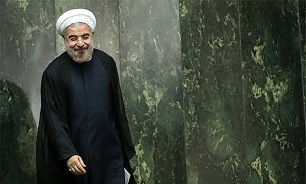 In a post on his Twitter account on Monday, Rouhani said while the country’s legislature is entering its fifth decade, people of Iran have hopes for close cooperation between the 12th administration and the 11th Parliament during the remaining year from his administration’s term.

“The administration is extending a hand of friendship to the new Parliament from now,” he added.

The new parliamentarians are going to hold seats as of May 30.

In separate remarks, the Iranian president’s chief of staff, Mahmoud Vaezi, emphasized that the administration would by no means intervene in the election of the new Parliament’s speaker, presiding board, or heads of the parliamentary commissions.