most visited
world << world
US Navy: 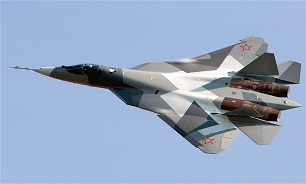 "For the third time in two months, Russian pilots flew in an unsafe and unprofessional manner while intercepting a US Navy P-8A Maritime Patrol and Reconnaissance Aircraft in the US 6th Fleet, May 26, 2020," the statement said, TASS reported.

According to the press service, "the intercept was determined to be unsafe and unprofessional" due to the Russian pilots taking close station on each wing of the P-8A simultaneously, "restricting the P-8A’s ability to safely maneuver."

The incident lasted about an hour, the US 6th Fleet’s press service said.

The Pentagon already reported on April 15 that a Russian Su-35 plane had intercepted a US P-8A Poseidon plane over the Mediterranean. On that occasion, the US Navy also called this intercept "unsafe."