TEHRAN (defapress) – Necessary coordination has been made with the Iraqi side to send rescue teams after an Iranian vessel sank off a shipping line between Iraq and Kuwait, an official said.
News ID: 81250 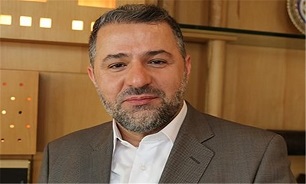 Deputy Head of Iran’s Ports and Maritime Organization Jalil Eslami told Tasnim that the cargo ship, named Behbahan, sank on Thursday night in the Khor Abdullah Shipping Channel in northern Persian Gulf, while on route from Khorramshahr Port in Iran to Umm Qasr Port in Iraq.

He said four crew members have been rescued but two (one Iranian and one Indian) are missing and one has died.

Meanwhile, Nader Pasandideh, another official with the Ports and Maritime Organization, said rescue teams will be sent to join Iraqi teams in searching for those missing.

According to some reports, the vessel sank apparently after hitting some constructions.