TEHRAN (defapress) – Fighters from Yemen’s Houthi Ansarullah forces made advances towards the southwestern and northeastern entry points to the Yemeni city of Ma’rib.
News ID: 81260 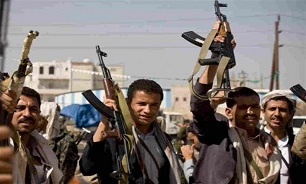 The Houthis have been fighting fierce battles against Saudi-backed mercenaries since yesterday morning, during which they were able to control the Al-Somirat area, south-west of Madghal district in Ma’rib province, the Middle East Monitor reported on Saturday.

The report added that the Houthis have gained control over one of the most important main entrances to the provincial capital city of Ma’rib.

It has also been reported that a high-ranking Saudi military officer was killed in Ma’rib in a rocket attack yesterday. Over the past 24 hours, the Saudi-led coalition has carried out 15 air raids on the Hajjah and Ma’rib provinces.