US sabotaging on UNSCR 2231, ‘a threat against global peace' 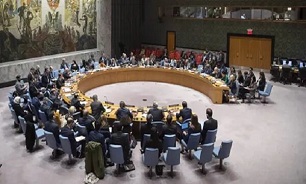 In his twitter account on Thu., Hosseini reiterated that US hindrance in the implementation of UN Security Council Resolution 2231 has endangered world peace and urged the United Nations to take notice of the economic terrorism waged by US against Iranian people.

The approach taken by the US against Iran’s nuclear program (JCPOA) is bold in unilateralism, bleak on improving UNSC peace seeking function and pure humbug in reflecting Iran's cooperation with IAEA.

The envoy added the US significant sabotaging to UNSCR 2231 is a manifestation of "threat to international peace" which needs UNSC's determination.

He went on to say that economic terrorism of US has imposed huge economic and noneconomic damages to Iranian nation which should be indicted.

Despite having the highest level of cooperation and interaction with the International Atomic Energy Agency (IAEA), unfortunately, some European countries still interpret Iran’s approach to the IAEA as ‘unprofessional’, he said, adding, “Islamic Republic of Iran still is committed to its obligation under JCPOA.”

International Atomic Energy Agency has confirmed Iran’s fully cooperation with the Agency for 15 times which is a solid evidence for the said claim, he stressed.