China Urges US to Stop Political Maneuvering over COVID-19 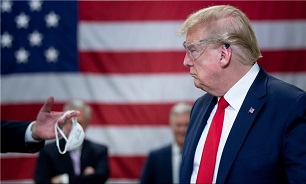 Chinese Foreign Ministry Spokesperson Zhao Lijian made the remarks at a press briefing, refuting a US politician's allegation that China has never reported the virus outbreak to the World Health Organization (WHO), following WHO's recent update on the timeline of its response to COVID-19, Xinhua reported.

The US side's allegation totally goes against the facts, Zhao said.

China, as a State Party to the WHO's International Health Regulations, has conscientiously performed its duties and obligations under the regulations in an open, transparent and responsible manner, and timely shared COVID-19 information with the WHO, relevant countries and regional organizations, as well as China's Hong Kong, Macao and Taiwan.

"The timelines published by both the Chinese government and the WHO have clearly shown that China has shared epidemic information with the international community in a timely and transparent manner," Zhao added.

On December 31 last year, the Wuhan Municipal Health Commission released a statement on the situation of pneumonia in the city on its official website, and China reported to the WHO at the earliest possible time, Zhao said, adding that this fact cannot be clearer.

"By distorting facts and telling lies, certain US politicians aim to frame China and the WHO for their own political agenda," Zhao stated, noting, "We urge them to respect facts and stop political maneuvering."