TEHRAN (defapress) – Iranian FM Zarif on Wednesday informed that the long-term comprehensive and strategic contract between Iran and Russia has been updated.
News ID: 81604 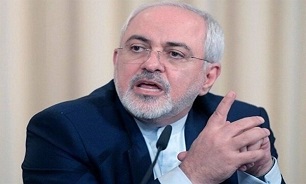 Making the remarks on the sidelines of the cabinet meeting, Zarif referred to his recent trip to Moscow saying that he has discussed mutual affairs and regional issues with his Russian counterpart and President Putin.

He informed that after holding four hours of mutual talks, Iran and Russia eventually reach a final agreement on endorsing a long-term comprehensive and strategic cooperation roadmap.

The accorded agreement needs to be ratified by the Iranian Parliament, he added.

Zarif had informed on Tuesday that Iran is planning to extend the 20-year agreement with Russia.

On ties with Saudi Arabia

Zarif also reacted to some assumptions about the mediating role of Iraq in Iran-Saudi Arabia relations.

He reiterated that Tehran has been always ready to hold talks with Saudi Arabia.

The Iranian FM criticized that Saudi Arabia is dependent on foreign powers such as the US, the UK, and the Zionists regime, instead of relying on its neighbors who are always present in the region.