TEHRAN (defapress)- The resolution of the US democratic senators against Russia’s participation in G7 events is an attempt to win political score on Russophobia, Foreign Ministry Spokeswoman Maria Zakharova said Thursday.
News ID: 81626 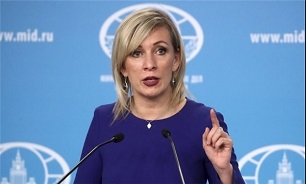 "The initiative of the Democratic senators on the resolution against Russia’s participation in G7 events barely has any practical effect on our interests. It is just another attempt to use the Russian factor in internal US political fights, to win political score over Russophobia and so forth. I think, they simply take advantage of the US electorate’s naivete in international agenda and come up with whatever they want, and do not even bother to justify the disproportion of such steps and basically their absurdity," the diplomat said.

Zakharova reminded Moscow position regarding US President Donald Trump’s proposal to hold an extended G7 meeting with participation of Russia and a number of other countries.

"We already commented on this story in early June. We believe that in the emerging polycentric system of international relations, a search for solution of global political and economic problems can happen only on the foundation of inclusion. The time for such elite clubs is over. It is obvious that no serious discussion on the most important global problems could be imagined without China’s participation," she said.

Russia is certain, the diplomat underscored, that "such mechanisms of global control as G20, which includes the leading centers of economic growth and political influence, as well as the BRICS, the Shanghai Cooperation Organization, the Eurasian Economic Union, are more fitting for the spirit of time".

"The work there [in abovementioned associations] is based on principles of collegiality, mutual respect of interests, attention to civilizational, cultural specifics of member states," Zakharova concluded.

Earlier, Trump announced his plans to postpone the G7 summit from late June to September and to invite Russia, Australia, India and South Korea to the meeting.