White House not to change hostile approach against Iran

TEHRAN (defapress) – A US resource claims to have obtained a copy of the new draft resolution on the extension of the arms embargo on Iran by Washington, which shows that the White House is unwilling to change its hostile approach towards Iran.
News ID: 81735 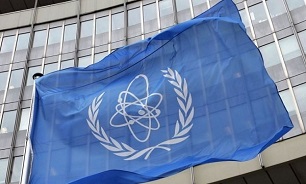 Bloomberg News on Wednesday claimed that the US has circulated a new resolution to United Nations Security Council members calling for an extension of the UN’s arms embargo against Iran.

Claiming to have obtained a copy of the text of the new draft resolution, Bloomberg wrote, “This text asks UN members states to stop all sales of weapons to and from Iran and to refrain from providing any technical training, financial resources or services, advice, other services or assistance related to the supply, sale, transfer, manufacture, maintenance, or use of arms to Iran.”

On this basis, the new resolution is almost identical to one the US circulated in June, and according to Bloomberg, it signals that Trump administration is unwilling to make changes suggested by allies and opponents on the Security Council.

Bloomberg said that the US envoy to the United Nations, Kelly Craft, also acknowledged on Tuesday that Russia and China are likely to veto any resolution.

In line with its anti-Iran policy, the US government has long called for an extension of arms sanctions against Iran, accusing Tehran of violating UN Security Council resolution 2231.

Analysts believe that the US government can only hope for the support of France, Britain, and Germany as the three European members of the UN Security Council.

On Monday, the representative of the Zionist regime in the United Nations, Danny Danone, considered it necessary to extend the arms embargo on Iran in the Security Council, claiming that wherever there is a threat against Tel Aviv, the traces of Iran can be seen there.