TEHRAN (defapress) – There is a need to rule out the possibility of a nuclear war, Russian Foreign Minister Sergey Lavrov said in a message to the participants of a memorial ceremony in Hiroshima on the occasion of the 75th anniversary of the atomic bombing.
News ID: 81739 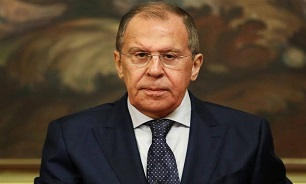 According to Lavrov, "as a nuclear-weapon state, Russia recognizes its responsibility for international security, and global and regional stability." "We are aware of the impact that the use of nuclear weapons may have. Our country pursues a policy of peace and non-confrontation in international affairs," the Russian top diplomat said.

"Today, we note with great concern the degradation of the international arms control system, denunciation of treaties, disregard of the principles of undiminished security of States, and a significant increase in nuclear risks. There has been an alarming shift in doctrinal military and political policies towards the idea that it is acceptable to employ nuclear weapons as a means of warfare," Lavrov added, TASS reported.

"We need to eliminate the risk of military confrontation between the nuclear powers and rule out the possibility of a nuclear war. We firmly believe that such a war cannot be won and must never be unleashed. We suggest that all nuclear powers officially confirm their commitment to this tenet," the Russian foreign minister stated.

He went on to say that Moscow reaffirmed its "commitments under the Non-Proliferation Treaty and, in this connection, call for extension of the START Treaty." "In the face of the dismantlement of the INF Treaty by the United States, Russia unilaterally undertook not to deploy ground-launched intermediate-range and shorter-range missiles in any given region of the world until relevant US-made weapons are deployed there," he said.

"It is crucially important to hold a substantive discussion on the issues that have to be dealt with in order to create favorable conditions for further movement towards nuclear disarmament," Lavrov noted, adding: "These issues include the deployment of a global missile defense system by the United States, development of high-precision non-nuclear strategic offensive arms, weaponization of outer space and cyberspace, and the United States' refusal to ratify the CTBT."

The Russian top diplomat also said that "an impartial analysis of what happened in August 1945 confirms that the world’s leading capitals could not but realize that World War II was really coming to an end." According to him, "the Soviet offensive in the Far East, as part of the agreements between the Allies, not only liberated China and Korea, but also took away Japan’s motivation to continue military operations. In that situation, atomic bombings by the United States were in fact a show of force and an operational test of nuclear weapons on civilians. The United States was the first and only country to use this type of weapons of mass destruction," Lavrov stressed.

"Soviet representatives were among the first foreign observers to visit the site of the tragedy and collect detailed materials that were submitted to the leadership of the country. This and other information on the results of the study into the consequences of nuclear explosions in Japan was subsequently made public and presented to the wider international community. We would expect others to follow suit, showing respect to historical truth and ensuring transparency with regard to those events," the Russian foreign minister emphasized.