US Recourse to Dispute Mechanism Has No Leg to Stand On 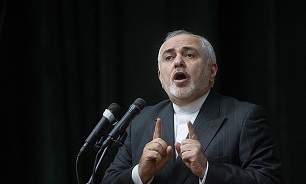 “@AmbJohnBolton has repeated today what he said on May 8, 2018, while National Security Advisor in the Trump administration. At least he is consistent—a trait notably absent in this US administration. US recourse to Dispute Resolution Mechanism in 2231 has NO LEG TO STAND ON,” Zarif tweeted late on Sunday.

It came after US President Donald Trump said on Friday that he intended to trigger the so-called snapback of the UN sanctions which had been in place against Iran prior to the nuclear deal’s inking.

“We’ll be doing a snapback,” he told reporters. “You’ll be watching it next week.”

On Sunday, the spokesperson of the EU foreign policy chief Josep Borrell said the US had no right to force the reinstatement of international sanctions on Iran via the so-called “snapback” mechanism stipulated in the 2015 nuclear deal between Tehran and world powers, known as the Joint Comprehensive Plan of Action (JCPOA).

Given the fact that the US unilaterally abandoned the JCPOA in May 2018 and has not participated in any JCPOA structures or activities subsequently, the US cannot be considered as a JCPOA participant, the spokesperson said.

“We therefore consider that the US is not in a position to resort to mechanisms reserved for JCPOA participants (such as the so-called snapback),” the official added.