US must set aside unilateralism 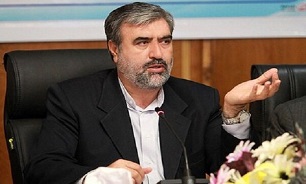 Speaking in an interview with Mehr news agency on Mon., Ebrahim Azizi reiterated that the United States must know that it is better to abandon its hegemony and unilateralism.

He pointed to the US failure for extending Iran’s arms embargo at the UN Security Council (UNSC) and added, “The era of unilateralism in the international system is over, and this issue showed that hegemonic regimes, especially the United States, need to know that it is better to set aside its hegemony and unilateralism.”

"All countries in the world should act on the basis of multilateralism," he said. "The approach of the Islamic Republic of Iran should be looking at the horizon of future of the Islamic Revolution and safeguarding sacred values of the Establishment."

Elsewhere in his remarks, he emphasized, “The country should not pin hope to foreigners by any means, but it should proceed according to the strategies of the Establishment and pure ideas of the Islamic Revolution.”

The defeat of the United States at the UN Security Council indicated that the Islamic Republic of Iran can establish relationship with neighbor and friend countries with a long-term strategy, he said, adding, “We also need to pay attention to our capabilities in the region and these capabilities should not be ignored at any condition.”

Western countries have always shown that they act based on their own interests and in this situation, the Islamic Republic of Iran must focus on strengthening its relations with neighboring countries and also rely on its own capabilities in order to give a strong response to the domineering system, he added.