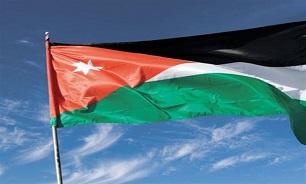 Minister Arkan Al-Shaybani and fellow Iraqi officials were tested upon landing in Amman on Friday and were put under confinement following the positive result, according to a statement by Jordan’s information minister Amjad Al-Adayla.

“This required implementing medical procedures put in place to protect the health of our guest while he is in the kingdom,” Adayla said in comments carried Monday by Jordan’s official Petra news agency.

Shaybani was traveling to Amman for a tripartite summit on Tuesday between the leaders of Iraq, Jordan and Egypt to discuss trade, telecommunications and oil.

Iraq’s oil and trade ministers will also travel to Jordan.

Jordan, Egypt and Iraq have held similar meetings in the past two years, mostly focused on infrastructure and coordinating the fight against extremists.

“The summit will still take place on Tuesday but the size of the delegations and the meeting times will be limited as a precautionary measure,” Kadhemi’s spokesman, Ahmad Mullal Talal, told AFP.

The World Health Organization has warned that Iraq’s cases are “exponentially rising to an alarming and worrying level, suggesting a major health crisis soon.”

Shaybani is the first Iraqi minister to contract the novel coronavirus. Around two dozen members of parliament have tested positive in recent months.

The virus claimed the life of one Iraqi parliamentarian last month and a presidential adviser last week.