TEHRAN (defapress) – The Venezuelan Central Bank (BCV) has won the first round of appeals against a ruling by the High Court of England and Wales, a lawyer revealed.
News ID: 82209 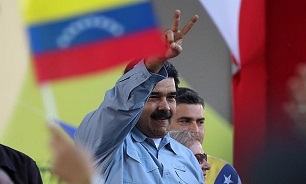 The UK High Court earlier recognized the US-backed opposition figure, Juan Guaido, as "interim president" of Venezuela and gave him the right to access the country's gold reserves.

Now, the UK Court of Appeals has rejected this position and ordered a detailed judicial review of the dispute, Sputnik reported.

The British government, despite the UN charter and by interfering in an independent country’s internal affairs, has been backing Guaido as the president of the country since his self-proclamation on 23 January 2019. At the time, Guaido asked the Bank of England, which holds around $1 billion in gold, to prevent the country's elected president, Maduro from accessing it.

In May, the BCV filed a lawsuit against the Bank of England in a bid to recover control over its funds stored in the UK, which the Maduro government said they needed to fight against the coronavirus.

The Bank of England asked the UK court to decide who should be recognized as the real president by the British government. In July, the UK High Court decided that it was Guaido who should be "unequivocally" accepted by the United Kingdom as the head of Venezuela and his government should be entitled to an estimated 31 tonnes of gold deposited in Britain.

The UK Court of Appeal challenged the decision, which was described by Venezuelan Foreign Minister Jorge Arreaza as "absurd", after BCV's request to appeal. During the hearing process that concluded this week, Maduro’s legal team insisted that he was holding the power "de facto”.

"Guaido was not appointed, he declared himself president”, BCV lawyer Dan Sarooshi told the Court of Appeal.