US Senator Warns Trump Might Cause 'Republican Blood Bath' in November

TEHRAN (defapress)- Sen. Ben Sasse (R-Neb.) told constituents that President Donald Trump's response to the COVID-19 pandemic and alienation of voters could result in a "Republican blood bath" within the Senate in November.
News ID: 82306 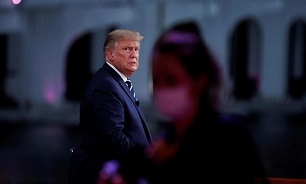 “I’m now looking at the possibility of a Republican blood bath in the Senate, and that’s why I’ve never been on the Trump train,” Sasse said, according to The New York Times.

“It’s why I didn’t agree to be on his re-election committee, and it’s why I’m not campaigning for him,” he added.

He stated that Trump's defeat in November “looks likely” and warned “we are staring down the barrel of a blue tsunami".

For nine minutes on the Wednesday call, Sasse lambasted Trump's foreign policy, stating the president has turned away allies and ignored human rights.

“The debate is not going to be, 'Ben Sasse, why were you so mean to Donald Trump?’” Sasse said, according to The Washington Examiner, which first obtained the audio.

“It’s going to be, 'What the heck were any of us thinking, that selling a TV-obsessed, narcissistic individual to the American people was a good idea?'" he noted.

Sasse, who is up for reelection on November 3, reportedly said on the call that he has tried to create a "working relationship" with the Trump administration in the past. He added that he supported Trump's adoption of traditionally conservative policies and nominations of conservative judges but has become frustrated with Trump's “deficient” values, according to The Times.

“I’m not at all apologetic for having fought for my values against his in places where I think his are deficient, not just for a Republican but for an American,” Sasse stated in the audio, The Times reported.

"[Young people could] become permanent Democrats because they’ve just been repulsed by the obsessive nature of our politics,” he said, according to both reports. He added that women may decide “they need to turn away from this party permanently in the future”.