Role of US in region ‘diminishing’: Expediency Council sec. 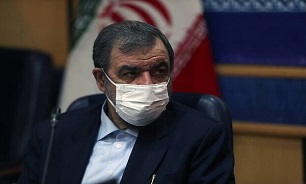 Speaking in a local ceremony on Fri., he said, “Zionist regime knows that in future, after the weakening of the US role in region, it will face a security vacuum and for this reason, it (Israel) seeks to establish relations with countries of the region.”

Iran’s economy and security strictly hinged on the security of the region, he said, adding, “If Iran fails to be present outside borders, it will face problems inside the country."