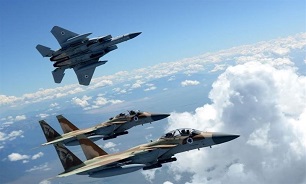 The attacks came shortly after the Israeli military claimed two rockets were fired into southern parts of occupied Palestine from the Gaza Strip late Saturday.

Security sources in Gaza said there were a number of strikes overnight, including in Khan Younes, Rafah and Beit Hanoun, without reporting any casualties.

Gaza has been under an Israeli siege since June 2007, which has caused a decline in living standards.