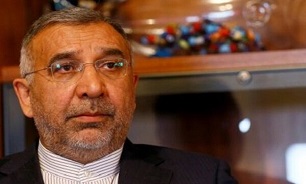 The Iranian embassy in Kabul announced that Mohammad Ebrahim Taherian, Iran's special envoy for Afghanistan has arrived in Kabul and he is scheduled to meet with senior Afghan government officials and hold talks over recent developments in the region.

This visit takes place while the fifth round of negotiations on the Comprehensive Document of Strategic Cooperation between Iran and Afghanistan took place on November 15 in Tehran.

This document includes the perspective of long-term relations between the two countries in terms of political, security, economic, cultural, and national issues, as well as the issue of water.

It is worth mentioning that the Islamic Republic of Iran has always expressed its support over the peace and stability process in Afghanistan in the framework of Inter-Afghan Peace Talk.