TEHRAN (defapress) – The administration of US President Donald Trump imposed a new round of sanctions on Iran in a last-ditch attempt to ramp up economic pressure on the Islamic Republic before he leaves office in January.
News ID: 82576 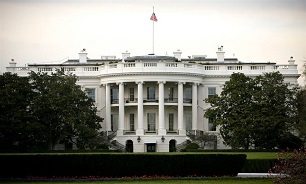 In a statement released on Wednesday, the US Treasury Department blacklisted the Mostazafan Foundation of Islamic Revolution, a large charitable organization for the poor and the disabled that answers to Leader of the Islamic Revolution Ayatollah Seyed Ali Khamenei.

The sanctions also target Parviz Fattah, the head of the foundation, and 50 of its subsidiaries in sectors such as energy, mining, logistics, information technology, and financial services.

The Treasury’s Office of Foreign Assets Control (OFAC) described the charity as a “multibillion-dollar economic empire” and “an immense conglomerate of some 160 holdings in key sectors of Iran’s economy, including finance, energy, construction, and mining.”

It further designated several Mostazafan Foundation deputies, who are appointed by and report directly to Fattah, for what they called key business functions for the organization.

The Treasury also imposed sanctions on Iran’s Intelligence Minister Mahmoud Alavi and alleged that his office had played “a central role” in human rights abuses against Iranian citizens.

Firms, individuals and other entities targeted by US sanctions are subject to asset freezes and Americans are generally barred from doing business with them.

Reacting to the US blacklisting, Fattah tweeted, “The struggle of the declining US government cannot impact the foundation’s anti-sanction activities and its productivity.”

He also described Trump as “a loser and disturbed person.”

Additionally, the spokesman for Iran’s mission to the United Nations in New York, called the new US sanctions “a sign of desperation” by Trump’s administration.

“These latest attempts to continue a failed policy of ‘maximum pressure’ against Iran and its citizens will fail, just as all other attempts have,” Alireza Miryousefi said.

The Trump administration unleashed the so-called maximum pressure campaign against Iran in May 2018, when it left the 2015 multilateral nuclear agreement, officially known as the Joint Comprehensive Plan of Action (JCPOA).

It targeted the Iranian nation with the “toughest ever” economic sanctions in order to force it into submission.

However, the pressure campaign has failed in its objectives, including renegotiating the Iran nuclear deal to cover the Islamic Republic’s national defense program and its influential role in the Middle East.

Tehran says the next US government has to submit to the will of the Iranian nation amid the failure of its economic terrorism on Iran.

President Hassan Rouhani said on Wednesday, “We repeatedly stressed that the incoming US administration has no choice but to return to the rule of law and surrender to the Iranian people, because everyone — from Democrats to Republicans — knows that America’s maximum pressure on Iran has failed.”

Democrat Joe Biden, who is set to take office on January 20, has said he would return the US to the JCPOA if Tehran resumes the commitments it suspended in response to Washington’s exit and the ensuing European failure to fill in for the US.

Analysts believe that Trump’s piling-on of additional US sanctions seems to be aimed at making it harder for Biden to re-engage with the Islamic Republic.

Separately on Wednesday, US Secretary of State Mike Pompeo argued that the Trump administration’s measures against Iran should not be reversed.

In a statement, titled “The Importance of Sanctions on Iran,” he claimed that the pressure campaign against the Iranian government continues to be “extraordinarily effective.”

“Reducing that pressure is a dangerous choice, bound to weaken new partnerships for peace in the region and strengthen only the Islamic Republic,” he alleged.

Pompeo also said that in its remaining time, the Trump administration would slap new sanctions on Iran.