Zarif tells Europe not sacrifice independence for US bullying

TEHRAN (defapress) – Iranian Foreign Minister Mohammad Javad Zarif called on the European countries not to sacrifice their independence in the face of the US' hawkish policies.
News ID: 82628 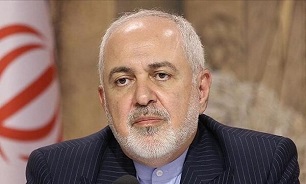 During the phone call, the two sides conferred on the latest international developments, regional issues, JCPOA-related issues, and bilateral and consular relations between Tehran and Stockholm.

Foreign Minister Zarif referred to the United States' unlawful and unfair sanctions against the Islamic Republic of Iran, and criticized European countries for their failure to fulfill their commitments under the JCPOA.

He also advised the Swedish top diplomat not to sacrifice their independence and sovereignty for the bullying and cruel policies of the US.