TEHRAN (defapress) – Iran’s ambassador to the international organizations in Vienna deplored the International Atomic Energy Agency’s muted response to the assassination of Iranian nuclear scientist Mohsen Fakhrizadeh, reminding the UN agency of its primary responsibility towards the members.
News ID: 82700 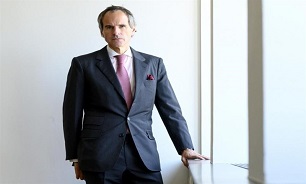 Kazem Gharibabadi told reporters on Monday that the IAEA is expected to clearly declare its stance regarding the recent act of terrorism and strongly condemn it.

“The IAEA has an immediate and primary responsibility toward the member state (Iran) that has accepted the highest level of the Agency’s inspections, has the most transparent nuclear program as it implements various commitments, but its scientists are exposed to assassination threats or are targeted by terrorists, and its nuclear facilities are exposed to aggression or are targeted with sabotage,” Gharibabadi said.

His comments came in criticism of the UN nuclear watchdog’s chief who has not only refused to condemn the Friday assassination of Fakhrizadeh, but has also warned Iran against halting the international inspections of its nuclear sites in reaction to the assassination, Press TV reported.

Speaking to AFP, IAEA Director General Rafael Grossi said it is "essential to give the world the necessary and credible assurances that there is no deviation from the nuclear program to military uses.”

"We understand the distress but at the same time it is clear that no one, starting with Iran, would have anything to win from a decrease, limitation or interruption of the work we do together with them," he said.

Grossi made the remarks after the Iranian Parliament demanded that the country respond to the recent assassination of the senior nuclear scientist by restricting the United Nations' regulatory mandate regarding Iran’s nuclear program.