TEHRAN (Defapress)- The Iranian foreign ministry on Wednesday decried the explosion which struck an oil tanker off Saudi Arabia's port city of Jeddah on the Red Sea.
News ID: 82765 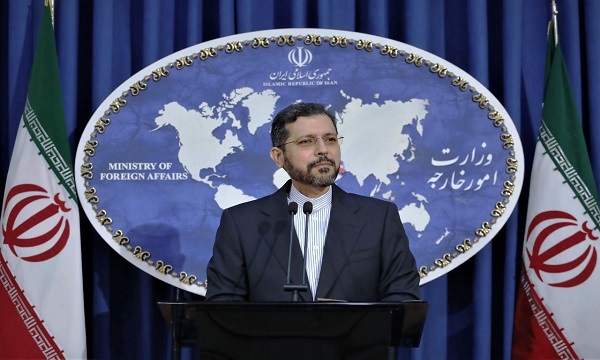 “The Islamic Republic of Iran rejects any act of sabotage against maritime safety and security and freedom of international trade,” Foreign Ministry Spokesman Saeed Khatibzadeh said.

He underlined Iran’s permanent position on safeguarding regional stability and security, expressing the hope that the countries of the region would increase their efforts to strengthen cooperation in area of maritime security, fight against piracy and campaign against illicit trade in order to achieve lasting regional security.

A fuel transport ship was attacked by an explosive-laden boat in Saudi Arabia on Monday, the kingdom’s Ministry of Energy said.

The Singapore-flagged oil tanker’s owner confirmed it was struck by a blast in the fuel terminal in Jeddah during a “terrorist” assault.

“The attack resulted in a small fire, which emergency units successfully extinguished. The incident did not result in any casualties, and there was no damage caused to the unloading facilities, nor any effect on supplies,” a ministry spokesman said, according to the state news agency SPA.

In a statement on Monday, shipping company Hafnia said all 22 sailors on board the BW Rhine escaped without injury. The company warned it was possible some oil leaked out from the site of the blast.

The ship’s crew put out the fire, the company said, adding parts of the ship’s hull had been damaged.

The blast struck off a crucial port and distribution center for Saudi Arabia’s oil trade and comes after a number of security incidents concerning Saudi oil infrastructure.