Sanctions removal matters, not US return to JCPOA

TEHRAN (Defapress) - Iran’s Parliament speaker says Tehran seeks the removal of the unilateral sanctions and does not care about the US’ return to 2015 nuclear, from which Washington unilaterally withdrew in 2018.
News ID: 82875 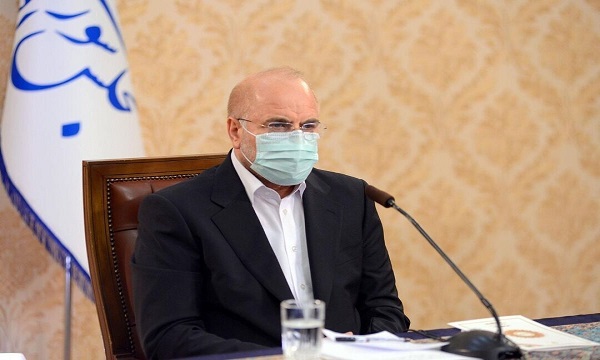 “The JCPOA [the Joint Comprehensive Plan of Action] is not a sacred agreement; it is merely a deal to remove sanctions under the conditions accepted by the Islamic Republic,” Mohammad-Bagher Ghalibaf said during the Parliament’s open session on Sunday.

“Therefore, the return of the United States to the deal is not important to us…. It is the practical and tangible lifting of sanctions that really matters," he added.

Referring to the recent remarks by the Leader of the Islamic Revolution, Ghalibaf said Ayatollah Khamenei’s advice “clarified the roadmap for all the authorities in fulfilling the demands of the people.”

“It became clear to everyone that the main strategy in the face of the enemy is to neutralize sanctions, which is also a prelude to the lifting of sanctions,” he said, adding that in order to lift sanctions, the country must increase its power in different sectors, including the nuclear industry.

Ghalibaf warned the European countries that have been following the US’ hawkish policies against Iran and said, "The Western front should know that it must recognize the rights of the Iranian people; if not, it should be prepared to pay the appropriate price."

The nuclear agreement was signed in 2015 between Iran and six world states — namely the US, Germany, France, Britain, Russia and China — and was ratified in the form of Security Council Resolution 2231.

However, US President Donald Trump pulled the US out of the JCPOA in May 2018 and reinstated the anti-Iran sanctions that had been lifted by the deal.

In return, Iran has reduced its obligations to the deal, but has expressed its readiness to reverse the suspension of its commitments only if the US returns to the agreement and lifts all sanctions without any preconditions or if the European co-chairs manage to protect business ties with Iran as part of their contractual obligations.