Trump's arrest warrant issued by Iraq due to Iran's follow-up 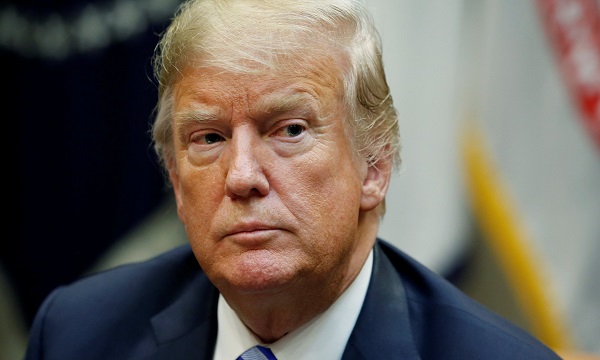 Referring to the Iranian Foreign Ministry's pursuit for US conviction through the UN Special Rapporteur on extrajudicial killings, Mohammad Javad Zarif said, "The place of legal prosecution of the assassination of Martyr Soleimani and his companions is the courts of Iran and Iraq."

He pointed to the statement issued by the Iraqi Supreme Judicial Council on the arrest of US President Donald Trump for the assassination of Resistance commanders, saying, "This arrest warrant has been issued with a lot of follow-up by the Ministry of Foreign Affairs and other institutions."

Previously, the request to issue a 'Red Notice' against Trump and some other criminals was submitted to Interpol by Iran.

" The request to issue 'Red Notice' for 48 people involved in the assassination of Martyr Soleimani, including the US President, as well as commanders and officials at the Pentagon and forces in the region, were handed over to Interpol," said Judiciary Spokesman Gholam Hossein Esmaeili.