Cuba thanks intl. solidarity in the face of US hostilty

TEHRAN (Defapress) - Cuban Foreign Minister Bruno Rodríguez thanked on Wednesday for the international solidarity and rejection of Cuba's inclusion on the list of states that sponsor terrorism.
News ID: 82897 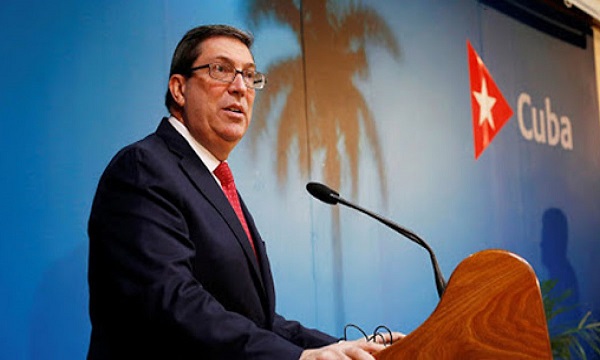 On Twitter, Bruno Rodríguez also referred to the support by 'prominent members of the US Congress, religious organizations, Cuban emigration, and international institutions and personalities,' according to Prensa Latina.

The US Secretary of State Mike Pompeo announced in a statement the decision to include Cuba on the list of states that sponsor terrorism.

Cuba was excluded from that list back in 2015, during the rapprochement process with the United States under Barack Obama (2009-2017).

Following the statement, US Senate members, activists from the Marti Alliance, MEPs, presidents, regional integration blocs, political scientists, communist parties from different nations, among other personalities and institutions, expressed their rejection of Cuba´s inclusion on the list.