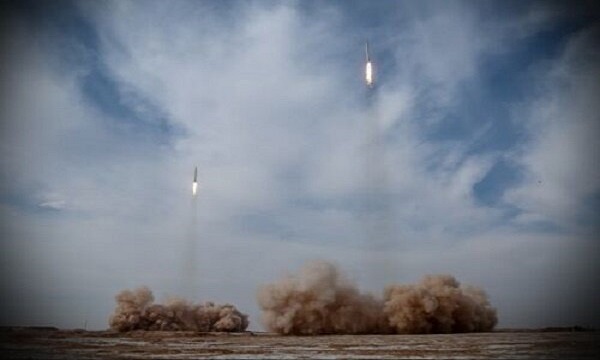 The final stage of IRGC's war game of Payambar-e Azam 15 (The Great Prophet 15) carried out on Saturday with strategic operations of long-range ballistic missiles against hypothetically enemy ships and destroying targets.

After the position of the hypothetical enemy ships was discovered by the IRGC Aerospace Force information systems, long-range ballistic missiles of various classes successfully hit and destroyed targets in the North Indian Ocean from a distance of 1800 km.

The first stage of war game of Payambar-e Azam 15 (The Great Prophet 15) was held in the area of Central Desert of Iran on Friday with the implementation of a combined missile and UAV operation of the IRGC Aerospace Force.