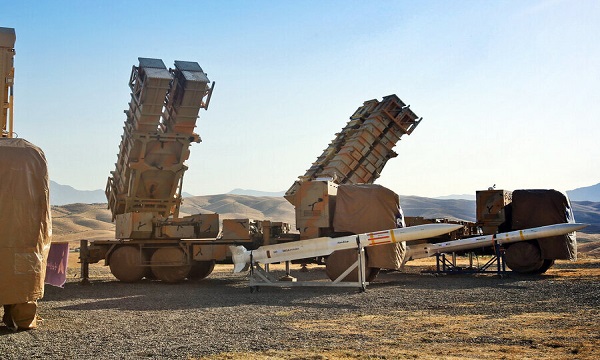 Jalali said on Tuesday that the design and development of various air defense equipment in the past months amid the increasing external threats have put the country’s defense sector on a higher level.

“The production of major deterrent equipment against flying objects after the downing of the US spy drone was another achievement of Iran’s air defense sector during the period of maximum pressure,” he noted.

He pointed to Iran's decisive military response to the American base ‘Ain al-Assad’ last year as another example of the country’s defensive might, and stressed, "Iran is the only country that has responded militarily to the US military invasion after World War II."

Jalali noted that that the enemy has reached the end of the line of its economic warfare and sanctions, and the campaign of maximum pressure is coming to an end.

"It may be a little early to define the loser and the winner, but the evidence shows that the enemy has not been able to achieve its goals against us. Of course, it tried us but did not win."

Noting that the country is going through the last stages of a difficult time, Jalali said, "We have imposed our will on the enemy, so the enemy must change its strategies against us.”

“The enemy has used up all its power, and there is almost no option left but to use the weapon of direct and extensive military warfare,” he noted and stressed that in that case, the Islamic Republic will give a crushing response to any military aggression.