TEHRAN (Defapress) - The 71st fleet of warships of the Iranian Navy returned to the southern port city of Bandar Abbas on Sunday after a 77-day mission in the international waters.
News ID: 83047 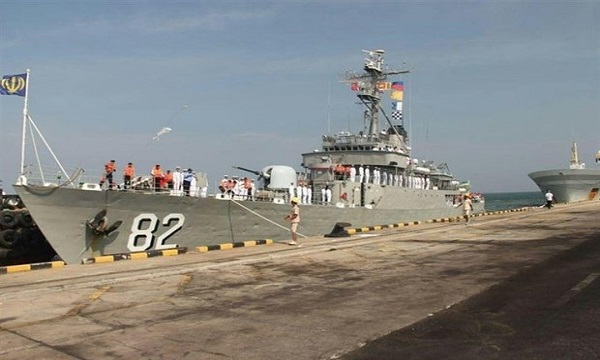 The naval fleet, comprising 'Alborz' destroyer and 'Khark' helicopter carrier, berthed at southern Iranian port city this morning and was welcomed in a ceremony attended by navy commanders and staff.

The flotilla traveled a total of 8,000 nautical miles during its overseas journey.

In line with international efforts to combat piracy, the Iranian Navy has also been conducting anti-piracy patrols in the Gulf of Aden to safeguard the vessels involved in maritime trade, especially ships and oil tankers owned or leased by Iran.