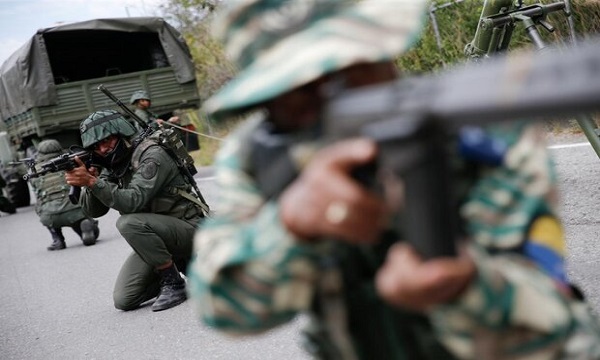 The drills were intended to pay tribute to former President Hugo Chavez on the eighth anniversary of his death on March 5, 2013, Xinhuanet reported.

"We are kicking off the 'Supreme Commander Hugo Chavez Frias 2021' Bolivarian Shield Exercises to guarantee the comprehensive defense of the nation," said the Chief of Staff of the Strategic Operational Command of the Bolivarian National Armed Forces (FANB) Admiral Remigio Ceballos, flanked by members of the military, in a message broadcast via state-run television.

Over 545,000 personnel will take part in more than 76 exercises, he said, adding that the nationwide drills unite civilian, military, and police forces "to combat all present threats."

Ceballos underscored the fight against smuggling, drug trafficking, human trafficking and organized crime, as well as the "direct combat against terrorism."

The exercises also aim to ensure "the security of our oil installations, national electric system installations and strategic public services," the admiral said, reviewing the transformation of the armed forces spearheaded by Chavez.

On Thursday night, Venezuelan President and FANB Commander in Chief Nicolas Maduro authorized the civic-military exercises, which are set to conclude on Sunday.