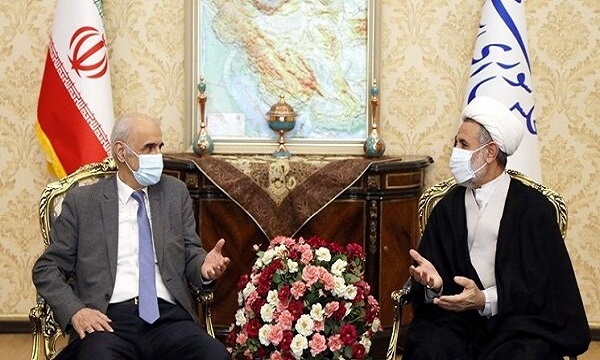 Speaking in his meeting with Armenian Ambassador to the Islamic Republic of Iran Artashes Toumanian on Monday, he reiterated that the news of transferring ISIL terrorists from Syria and using these terrorists in the recent clashes erupted between Azerbaijan Republic and Armenia is worrying.

Referring to the Nagorno-Karabakh crisis and expressing concern over the use of Takfiri terrorism as a tool in regional conflicts, Zonnour said that news of the transfer of ISIL terrorists from Syria and use them in the recent conflicts is worrying.

There is a long-standing friendship between Iran and Armenia, he said, adding, “Armenian people have also viewed Iran as their second homeland and Armenians living in Iran have always cooperated with the Islamic Establishment in ups and downs of the country.”

Given the role and position of parliaments in governing structure of Iran and Armenia, Iranian Parliament is ready to strengthen its relations with the Armenian Parliament at various levels, Zonnour added.

Elsewhere in his remarks, he pointed to the recent conflicts erupted between Azerbaijan Republic and Armenia over Nagorno-Karabakh region and stated, “What happened between our two neighboring countries was unpleasant, because, Islamic Republic of Iran does not consider the war in interest of people of the region. Therefore, maintaining the current security and stability is of great importance.”