TEHRAN (Defapress) - A spokesman for the Iraqi Counter-Terrorism Organization said that Iraqi forces have arrested a large number of ISIL leaders in the first three months of the current year in 2021.
News ID: 83119 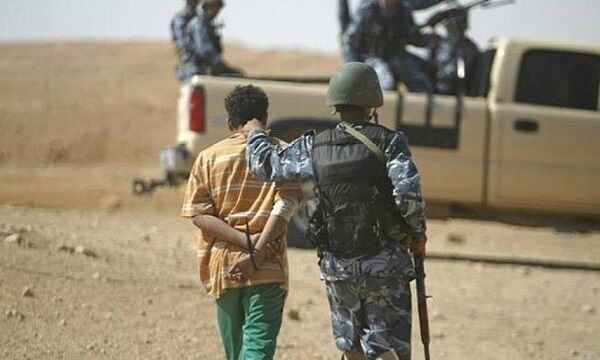 He announced on Wednesday that Iraqi forces, based on accurate intelligence data, carried out 77 operations against the remaining elements of the ISIL terrorist group in the first quarter of 2021 in different areas.

Concerning the results of these 77 operations carried out by Iraqi forces, al-Numan also stressed that these counterterrorism operations led to the arrest of 77 ISIL leaders, death of seven other terrorists and the destruction of a number of shelters belonging to elements of this terrorist group.

The spokesman for Iraqi Counter-Terrorism Organization pointed out that Iraqi forces will carry out their operations with technical techniques with the support of helicopters and fighter jets of Iraqi Army and US-led International Coalition for Counter-Terrorism to annihilate ISIL terrorist groups in Iraq.