TEHRAN (Defapress) - Local sources in the Palestinian occupied land reported several explosions on Thursday morning in the south of the occupied lands close to the Gaza Strip.
News ID: 83258 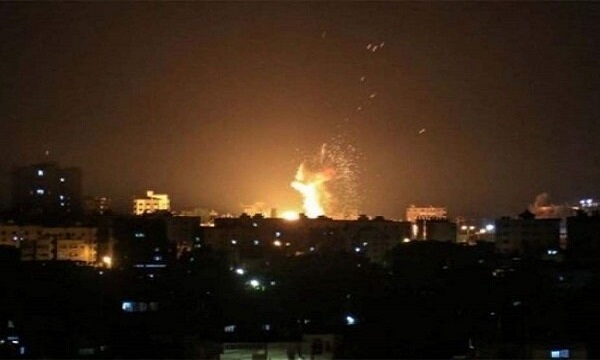 The local sources reported military sirens went off warning of rocket attacks in Israeli settlements close to the Gaza Strip as several explosions had been heard.

The Palestinian news agency Shehab reported that sirens went off in the occupied Negev in the south of Palestinian occupied lands and a huge explosion was heard after the sirens sounded in the settlements near the Gaza Strip.

The Shehab report cited Zionist settlers as writing on social media that an explosion had been heard in the south of the West Bank after sirens sounded near the Gaza Strip.

Meanwhile, Israeli Channel 12 reported that "The sound of sirens is heard in Abu Qarinat area near Dimona in the Negev ... It seems that a rocket was fired from the Gaza Strip towards the Dimona area."

Israeli reporters reported that a missile warning siren sounded in the area between Beersheba and Dimona in southern occupied Palestine, where, they said, was unusual for missile strikes.

Furthermore, the Jerusalem Post said the Patriot defense system may have been operated as well and several explosions heard in several other areas.

This is while Reuters news agency cited the Israeli military as claiming that a Syrian surface-to-air missile exploded in southern Israel on Thursday triggering warning sirens in an area near the secretive Dimona nuclear reactor.

The Israeli military claimed that in response to the launch, it attacked several missile batteries in Syria, including the one that fired the projectile that struck southern Israel.

Meanwhile, Reuters cited SANA to have said, that “[Syrian] air defenses intercepted the rockets and downed most of them.”