TEHRAN (Defapress) - Russian President Vladimir Putin has issued a decree ordering the preparation of a list of countries hostile to Russia in order to impose restrictions and sanctions on them and their nationals.
News ID: 83265 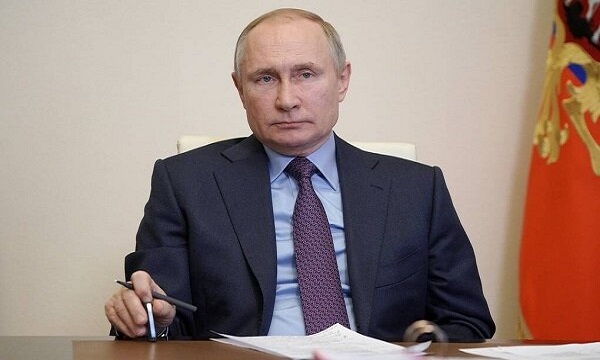 Russia's media announced on Saturday that Russian President Vladimir Putin issued the decree to defend the country's interests and security and that the Russian government would soon make ready a list of hostile countries.

According to the decree, measures will be taken to counter the actions of countries that have taken anti-Russia steps recently.

The Russian government is tasked with preventing the signing of employment contracts between the diplomatic missions of hostile countries with Russia and Russian nationals.

At present, a large number of employees of foreign diplomatic missions in Russia are Russian citizens or citizens from other countries residing in Russia.

These people are usually engaged in service, technical and administrative work and are not engaged in diplomatic activities.

According to Putin's decree, the Russian government would be tasked with preparing a list of countries with hostile policies against Russia and the number of local staff allowed to work in foreign embassies in Moscow.

Russia's relationship with the West has deteriorated, and so far, Moscow has expelled US, Czech, Polish and Bulgarian diplomats in retaliation for expelling its own diplomats.