IRGC, Army made great strides in field of defense systems

TEHRAN (Defapress) - Over the past years, we have made great strides in the field of research and producing of defense systems, including missile, radar, and electronic warfare systems”, IRGC Aerospace Force Commander said.
News ID: 83325 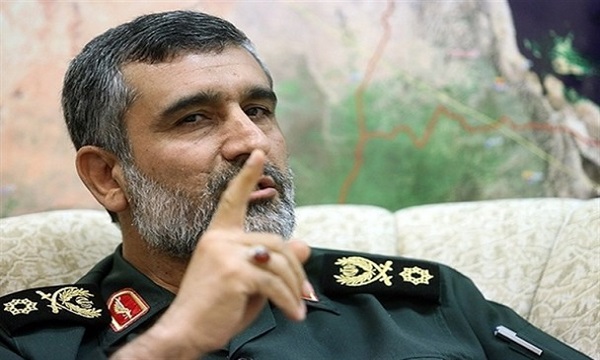 Brigadier General Amirali Hajizadeh made the remarks while speaking on the sidelines of the introductory ceremony of the Commander of Khatam al-Anbia Air Defense Base.

Saying that the use of such systems requires a very precise control command, he noted, “In comparison to the past, today, our control command has a newer form and we are witnessing many developments in this field.”

Sating that this central base is the joint base of the army and the IRGC, General Hajizadeh added, “The IRGC forces, along with the army forces, are present at joint central command of Khatam al-Anbia Air Defense Base, and these numerous systems manage the country with the help of each other.”