Palestinians, Resistance to give decisive response to Zionist

TEHRAN (Defapress) - Iranian Parliament Speaker Mohammad Bagher Ghalibad said that Palestinian people and Resistance movement will give a decisive and crushing response to atrocities and crimes of Zionist regime against the oppressed Palestinians.
News ID: 83356 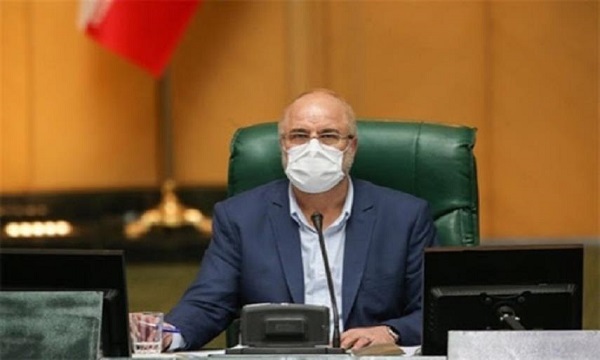 In the beginning of his phone talk with his Palestinian counterpart Salim Zanoun, Iranian Parliament Speaker Mohammad Bagher Ghalibaf pointed to the recent criminal acts of Zionist regime in bombing the residential areas of Gaza and also killing of innocent people in the West Bank as well as attack of the Zionist regime’s forces on worshipers in Al-Aqsa Mosque, which resulted in the martyrdom and injury of many oppressed people of Palestine and Gaza, and stated, “Islamic Republic of Iran strongly condemns the Zionist actions in the genocide of Palestinians by killing Palestinian women and children, which is a clear example of war crime.”

Palestinian National Council Speaker (PNC) Salim Zanoun, for his part, pointed to the crimes committed by the Zionist regime and added, “The recent crimes of the Zionists against Palestinian people are unprecedented and oppressed people of Gaza, who are defenseless against this Zionist aggression, are in dire need of help and support of Islamic countries as well as international community.”

While appreciating the positions of Islamic Republic of Iran in support of the oppressed people of Palestine, he said, "It is necessary that countries supporting Palestine should openly express their anger at the Zionist regime, United States, Britain and other Zionist supporters."