Islamic Jihad thanks Iran for victory in 12-day battle

TEHRAN (Defapress) - Ziyad al-Nakhalah Secretary-General of Palestinian Islamic Jihad Movement has written a letter to the Leader of the Islamic Revolution Ayatollah Ali Khamenei, congratulating him on the victory against Israel in 12-day battle.
News ID: 83373 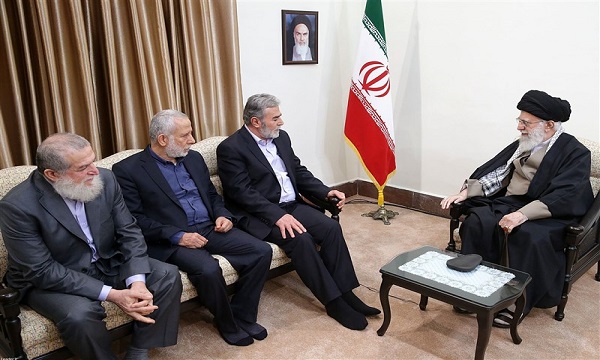 Ziyad al-Nakhalah said that he was honored to congratulate Iran's Leader on the victory of the Palestinian people and their ardent and brave resistance against the Zionist enemy on behalf of himself and his brothers in the Islamic Jihad movement and its armed wing Quds Brigades.

The Secretary-General of Palestinian Islamic Jihad further expressed his appreciation to Iran's constant, continued and open support, saying that the Iranian support played the biggest role in the Sword of Quds Operation and its subsequent achievements.

He also remembered former IRGC Quds Force commander-in-chief, saying that Martyr Qassem Soleimani was missed during the celebrations of the victory in the recent 12-day battle.

Nakhalah also thanked the current Quds Force top commander General Esmail Ghaani for staying with them in commanding and directing them during the entire Sword of Quds Operation, saying that his companionship was really fruitful.