Boris Yeltsin had entourage of ‘hundreds’ of CIA agents

TEHRAN (Defapress) - The former chairman of Russia’s parliament says the first Russian president, Boris Yeltsin, was surrounded by “hundreds” of CIA agents who told him what to do throughout his tenure as leader.
News ID: 83446 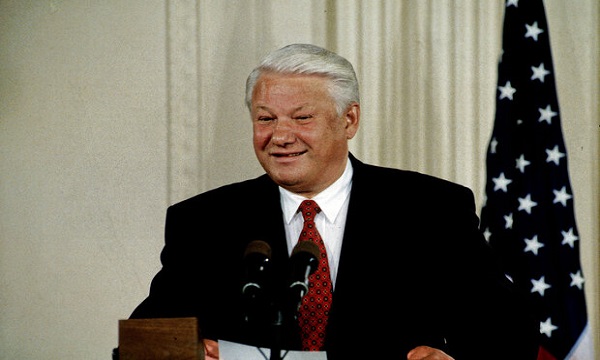 That’s according to Ruslan Khasbulatov, the former chairman of Russia’s parliament, RT reported on Sat.

Speaking to radio station Govorit Moskva, Khasbulatov claimed Yeltsin’s entourage was full of Americans. In 1991, he was elected to his leadership post with Washington’s help, it has been alleged, and it is still not yet known to what extent the US remained the voice in his ear throughout his presidency.

“There must have been a hundred [CIA employees],” Khasbulatov said. “They determined everything.” He also added that, after winning the presidential election, Yeltsin would send security officials and heads of departments to the US so the Americans could “examine them” and “give conclusions.”

However, according to Khasbulatov, everyone knew about Rutskoy’s links to the US, and American officials even influenced the former president to replace a considerable number of his appointees.