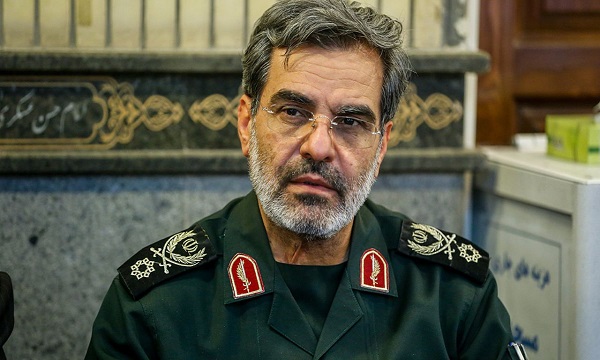 "Some hegemonic governments have caused phenomena such as racism, tyranny, ethnic and religious extremism and terrorism by using the tools of sanctions, threats, coercion, occupation and oppression and injustice," said Brigadier-General Mehdi Rabbani at the 9th Moscow Conference on International Security.

"The Takfiri ISIL group has been one of the products of the utilitarian perception and commercialization of security in recent years by the above powers. The mobilization and sacrifice of the armed forces of the government and people of Syria and Iraq and the unwavering support of the Islamic Republic of Iran and the Russian Federation led to the defeat of this dangerous approach at the regional and international level," he added.

"US efforts to keep ISIL on the battlefield for two to three decades have failed. However, the causes of the emergence of extremist ideology and terrorism on this basis continue, and many factors that were instrumental in creating instability are still hindering the process of establishing security and rebuilding crisis-stricken countries," Rabbani noted.

He went on to say, "Now is the time for supra-regional forces, including the terrorist forces of US Central Command (CENTCOM), who are responsible for the killing of thousands of innocent people, including General Soleimani to leave West Asia so that the regional countries themselves can provide lasting security."

"We are now witnessing a geopolitical shift in power in the international system and the transfer of global power from the Western Hemisphere to the Eastern Hemisphere," he noted, adding, "Iran is ready to cooperate with other countries to resolve issues in the field of global security and stability."

On the sidelines of the conference, the Iranian delegation will meet with high-ranking military and security officials from Russia and other participating countries.

The 9th Moscow Conference on International Security started on Wednesday and continues in the Russian capital on Thursday, June 24.