TEHRAN (Defapress) - On the occasion of the 39th anniversary of the abduction of four Iranian diplomats in Lebanon, the Iranian Foreign Ministry said the responsibility for kidnapping Iranian diplomats lies with the Zionist regime.
News ID: 83533 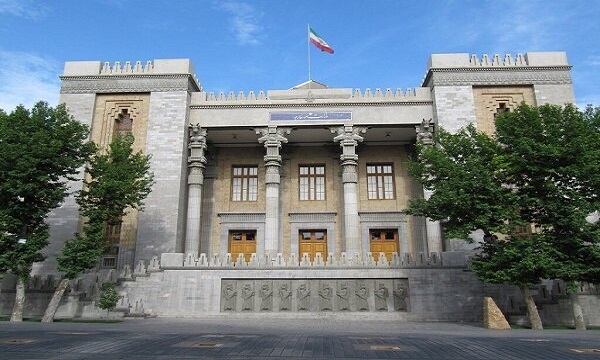 Iranian Foreign Ministry issued a statement on Sunday on the 39th anniversary of the abduction of four Iranian diplomats in Lebanon, saying, "On July 4, 1982, the car of four Iranian diplomats namely " Seyed Mohsen Mousavi", " Ahmad Motevaselian", "Taghi Rastegar Moghadam" and "Kazem Akhavan", which was supported by the diplomatic police, was stopped by armed mercenaries under the command of the Zionist regime in Berbara region of Lebanon in violation of international rules and conventions and four Iranian diplomats were abducted."

"Now, on the 39th anniversary of this crime, which took place by the terrorist elements affiliated with the Zionist regime, the families of these loved ones are still hoping for the freedom and the return of them," the statement noted.

"The Islamic Republic of Iran has repeatedly stated that there are pieces of evidence that the Iranian diplomats were handed over to the occupying forces after being illegally detained and subsequently transferred to Israeli prisons," it added.

Referring to the follow-ups done in this regard, the statement continued, "Since the occurrence of this terrorist incident, the Islamic Republic of Iran, considering its human, legal and political dimensions, has taken extensive measures and put the pursuit of this issue by international and regional institutions on the agenda."

The statement reiterated, "In honor of the memory of these loved ones, the Ministry of Foreign Affairs of the Islamic Republic of Iran emphasizes that pursuing their destiny is considered as one of its priorities on the agenda of diplomatic relations with international and regional institutes. Once again, according to the report of the former UN Secretary-General and the letter of the then Prime Minister of Lebanon to him in 2008, we urge the current Secretary-General and other international and human rights organizations and institutions, including the Red Cross, to pay more serious attention to this human and human rights issue, which is relevant to international conventions and accepted by the international community."

Appreciating Lebanon for its cooperation in this regard, the Foreign Ministry also called on the authorities of this country to seriously decide on the proposals submitted by the Islamic Republic of Iran to form a committee for cooperation and joint efforts with the aim of coordinating and unifying the existing data and clarifying the hidden dimensions of this incident.