Kremlin says US was behind British destroyer provocation

TEHRAN (Defapress) - Kremlin Spokesman Dmitry Peskov has accused the United States of being behind a provocation action by a British Royal Navy destroyer in Black Sea in late last month.
News ID: 83536 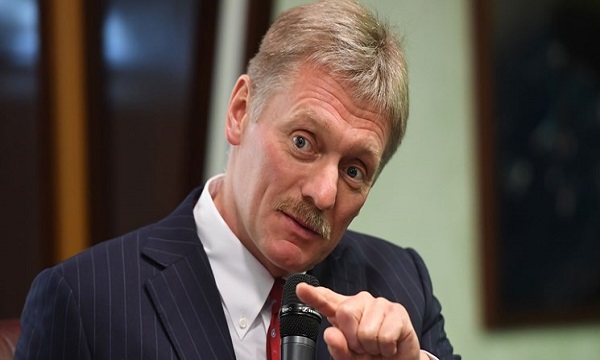 Dmitry Peskov said on Sunday that provocations similar to the one involving the British destroyer HMS Defender in Russia’s territorial waters off Crimea are masterminded in the United States.

The Ministry of Defence as announcing on Wednesday, June 30 that a Russian warship fired warning shots after a British Royal Navy destroyer violated Russia's maritime borders in the Black Sea.

The British warship ventured three kilometers into the Russian territorial waters. A Russian guard ship fired warning shots while a Su-24M bomber dropped bombs in the UK warship’s path to chase it out of Crimean waters.

The Russian Defense Ministry slammed the UK destroyer’s operations as a gross violation of the UN Convention on the Law of the Sea and urged the British side to investigate the warship crew’s actions. London claims that the destroyer was conducting an "innocent passage through Ukrainian territorial waters." According to the UK, the Russian military did not fire any shots at the destroyer but conducted "a gunnery exercise."

Also on June 30, Russian President Vladimir Putin said that not only the UK, but the US also took part in the HMS Defender provocation off Crimea.