TEHRAN (Defapress) - On Sunday the Saudi aggressor coalition claimed to have intercepted and destroyed a Yemeni ballistic missile fired at Najran.
News ID: 83697 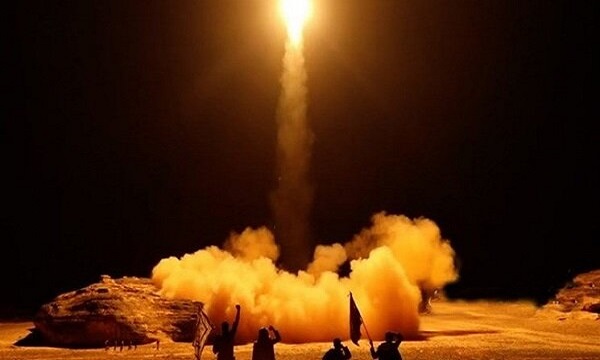 Saudi Arabia's air defense system has intercepted and destroyed a ballistic missile fired from Yemen at Najran, the Saudi coalition claimed in a statement.

The statement went on to accuse the Yemeni army and popular committees of acting against Saudi soil.

Sanaa has not yet confirmed or denied responsibility for the attack.

However, it has repeatedly stressed that Yemen's missile capabilities have been greatly improved.

Sanaa says it is capable of attacking all critical facilities, including oil facilities, airports, and ports in Saudi Arabia.