TEHRAN (Defapress) - The Commander of Army Air Defense Force said that salient progresses and achievements made in the research fields are completely ‘tangible’.
News ID: 83745 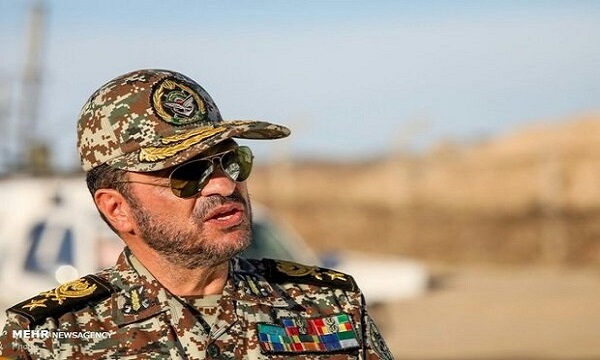 Referring to the tangible achievements of Amy Air Defense Force in manufacturing completely indigenized equipment and systems, Brigadier General Sabahifard stated that significant and momentary progress of Air Defense Force in all scientific and research fields is quite tangible in a way that power of air defense has provided a large part of security of the Islamic Republic of Iran in international arenas.

Elsewhere in his remarks, he reminded the sacrifice and bravery of combatants during eight years of Sacred Defense (Iraqi imposed war against Iran in 1980-1988), and stipulated that numerous successes during eight years of Sacred Defense were conducted under the auspices of Army Air Defense, the most important of which can be referred to the destruction of more than 600 Ba'athist planes, lack of closure of airports of the country and issue of export of oil, etc.