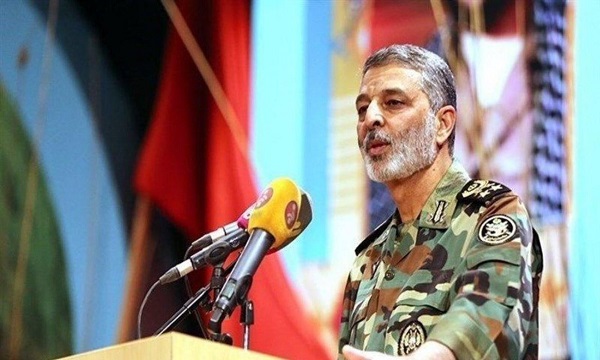 In a message penned on Wed. on the occasion of National Day of Air Defense, Seyyed Abdolrahim Mousavi Chief Commander of Iran’s Army Force said, “Today, air defense of Army Force, equipped with the advanced and sophisticated systems, is ready to face any threat under the auspices of interaction and cooperation with other sectors of the Armed Forces.”

Today, Iran’s Army Air Defense is equipped with the world’s most modern radar, missile and drone systems, which are the products of Iranian experts and elites cooperating with the Army Force of the Islamic Republic of Iran, he added.

Under the auspices of interaction, cooperation and synergy with other sectors of the Armed Force especially Islamic Revolutionary Guards Corps (IRGC), Army Air Defense is ready to confront any threat orchestrated against the Islamic Republic of Iran within the framework of an integrated air defense network system.

Sept. 1 marks the anniversary of Army Air Defense which is reminiscent of sincere efforts of courageous combatants of Islamic Iran during the eight years of Sacred Defense (Iraqi imposed war against Iran in 1980-1988) who sacrificed their soul and body to defend skies of the Islamic Republic of Iran from enemies' threat with their utmost power.