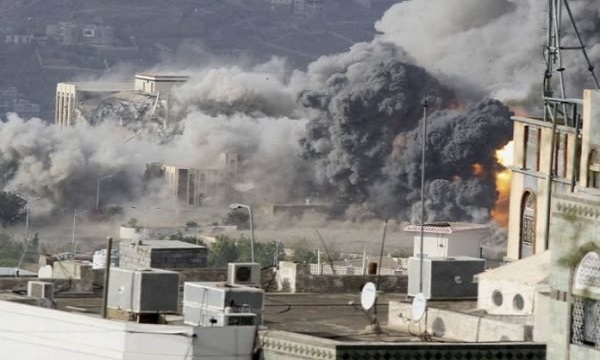 Warplanes belonging to the Saudi Arabia-led military coalition bombed the Yemeni provinces of Taiz, Ma'rib, Al-Jawf and Saada dozens of times yesterday, while mercenaries affiliated with the aggressors violated the Swedish agreement more than 570 times in al-Hudaidah province, a report by Al-Masirah TV said.

The reports from Yemen said that the surrounding areas near Taiz and Jabal Oman airports in the city of Al-Ta'ziya in Taiz province was bombed 15 times.

The airstrikes came amid reports of drone strikes by Yemeni forces against targets in Khamis Mushait province in the south of Saudi Arabia.

Moreover, a report by the UN experts recently said that at least 18,000 Yemeni civilians have been killed or injured in airstrikes since the Saudi coalition invaded Yemen in 2015.