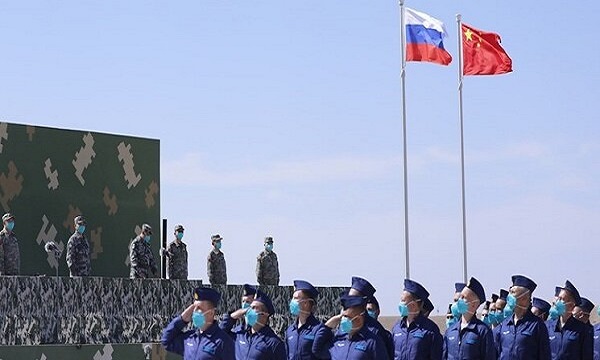 After setting several new records in transport and mobilization, the Chinese troops participating in the Peace Mission-2021 joint anti-terrorism military exercise started live-action drills on Sunday. The drill, involving member states of the Shanghai Cooperation Organization (SCO), is being held in Russia from Saturday to September 25, the global Times reported.

Chinese troops held an opening ceremony in their camp at the Donguz training range in Orenburg, Russia on Sunday to mark that they had wrapped up the transport and mobilization phase and entered the live-action phase, the Xinhua News Agency reported on the same day.

The drill will help the Chinese military deepen friendship and military exchanges and cooperation with their counterparts from SCO members, as they will learn from each other to enhance their training level in combat scenarios, Major General Zhao Kangping, the Chinese director-in-chief of the drill, was quoted as saying at the ceremony.

As the drill's only participating country that brings its own main battle equipment, the Chinese troops organized four railway transport groups and two airlift groups that set out from several different locations in China since August 26, China Central Television (CCTV) reported on Saturday.

The first Chinese group transported by rail arrived on September 5, Xinhua reported on Saturday, noting that the journey covers a distance of 6,300 kilometers, and is the longest of its kind.

All 558 Chinese troops plus 130 vehicles and pieces of equipment arrived at the drill site on Friday, CCTV reported, noting that this is the first time the PLA has deployed Y-20 strategic transport aircraft in a Peace Mission drill.

The CCTV footage shows that the Type 11 wheeled assault gun, Type 08 infantry fighting vehicle, Mengshi off-road assault vehicle, Z-8G transport helicopter, and Z-19 attack helicopter are among those to be deployed in the drill by the Chinese troops.

China demonstrated its capability to project strategic power over a long distance with different means of transportation in a short time period, and the weapons and equipment to be used are very suitable for anti-terrorism operations. This displays the country's capability and determination in safeguarding regional peace and stability, a Chinese military expert told the Global Times on Sunday, requesting anonymity.