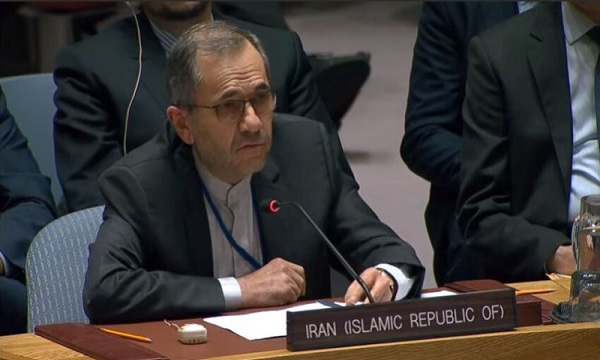 The United Nations on Tuesday has voted in favor of a resolution naming March 15 as International Day to Combat Islamophobia.

Iran led the talks that culminated in the development alongside Pakistan, Turkey, Saudi Arabia, Jordan, and Indonesia.

“By marking this occasion, we can generate a better understanding of Islam and Islamic principles,” Majid Takht-Ravanchi said in his address to the UN General Assembly.

“The resolution proves our determination to effectively and constructively confront Islamophobia as one of the main challenges facing the international community,” he added.

The Iran envoy urged all UN members to act on their responsibilities and legal commitments in this regard, thus contributing to the promotion of common values, peaceful coexistence, tolerance, and mutual understanding throughout the whole world.

"Over the past decades, anti-Islam and anti-Muslim agitation have been chronically reinforced by some media outlets, politicians, influencers, and also across the academic discourses,” Takht-Ravanchi noted.

It is highly important for the UN members to adopt a unified stance in the face of instances of Islamophobia, such as travel ban against Muslims, hijab bans, bans on Muslim symbols, and “application of such despicable and ignorant terms such as ‘Islamic terrorism,” the ambassador said.

“It is our conviction that terrorism, in all its forms and representations, cannot and should not be attributed to any religion, nationality, civilization or ethnic group,” he added.