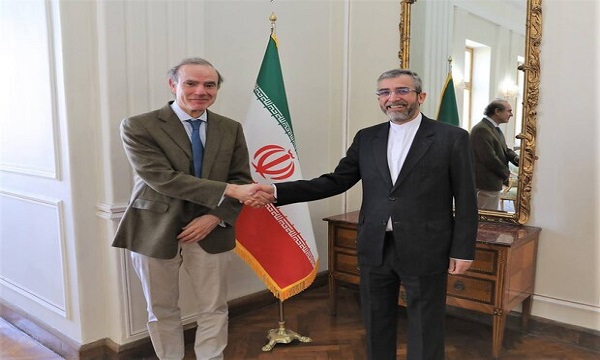 Bagheri Kani and Mora during the meeting exchanged views on the latest status of Vienna negotiations and discussed the remaining issues.

Emphasizing the seriousness and determination of the Islamic Republic of Iran to finalize the agreement in Vienna, Bagheri Kani said, "If the American side is realistic, an agreement can be reached."

Enrique Mora, for his part, also presented a report on his latest consultations with the other JCPOA parties.

Bagheri and Mora will continue the consultations closely in the coming days.