TEHRAN, Mar. 30 (MNA) – The commander-in-chief of the Islamic Revolutionary Guards Corps (IRGC) has warned the Persian Gulf Arab states against the threat that Israeli presence poses to the security of the region.
News ID: 83991 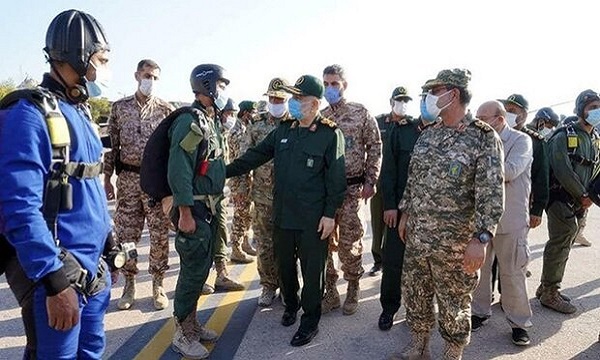 Maj. Gen. Hossein Salami, Commander-in-Chief of the Islamic Revolutionary Guard Corps (IRGC), accompanied by Admiral Alireza Tangsiri, Commander of the IRGC Navy, visited Abu-Musa Island in the Persian Gulf to inspect the preparedness of the units stationed on the Iranian island on Wednesday.

Referring to the security situation in the Persian Gulf region, the Strait of Hormuz and the Sea of ​​Oman, and some movements to secure the presence of the Zionists in the strategic region, General Salami said "Unfortunately, some regimes to the south of the Persian Gulf have established political and security relations with the Zionist regime, which poses a serious threat to the security of the region and especially those regimes."

The IRGC chief added that "We explicitly declare and warn that the continuation of such relations are not acceptable at all, and they should know that the existence of the evil Zionist regime everywhere is a cause of insecurity."