No place for trans-regional countries in Persian Gulf

TEHRAN (Defapress) - Stating that trans-regional countries have no place in the region, Rear Admiral Alireza Tangsiri said that Iran's response to those who pose a problem for Iran's interests in the Persian Gulf will be decisive and regrettable.
News ID: 84112 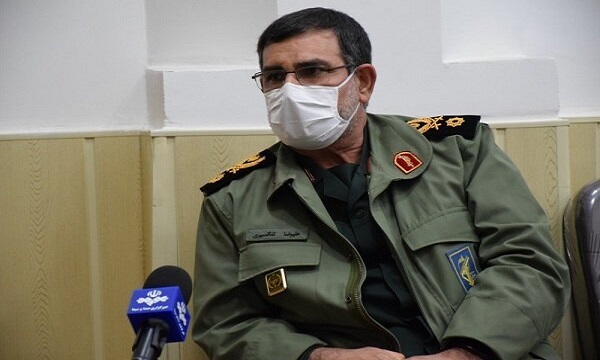 "Today, the Persian Gulf is a very sensitive region with very high energy, gas, oil and fishing industry," he added.

Referring to the history of the Persian Gulf, he stressed that its name has always been 'Persian Gulf' because the Iranians were taking control of its whole region.

Noting that Iran is actively observing the movements of foreign countries in the region with complete intelligence aristocracy, Tangsiri said, "So far, we have not allowed and will not allow foreign forces to be present in the waters of the Islamic Republic, territorial waters and even waters under our control, such as the continental shelf."